The H.J. Russell Motivational Author Talk connects award-winning authors to the Georgia State community to share their experiences and tips for today’s entrepreneurs.

“Time to Get Tough” 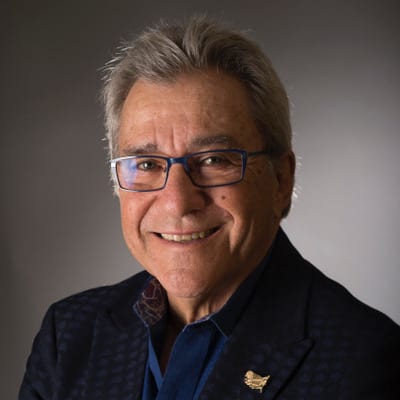 Coffee, Michael J. Coles is a business expert, serial entrepreneur, education advocate, and well-known public speaker. From starting three businesses, setting transcontinental world cycling records, making two bids for U.S. Congress, and writing legislation for Georgia film tax credit that changed an industry, Coles’ story is one of true grit and perseverance. In his recently-released memoir, Time to Get Tough: How Cookies, Coffee, and a Crash Led to Success in Business in Life, Coles’ reflects on his notable life and shares a wealth of knowledge and tips that he has gathered over the years as a business leader. In the memoir, he recounts the failures and successes that led him from poverty and a near-fatal motorcycle accident to founding a $100-million company and becoming the namesake of the business school at Georgia’s third largest university—despite never having attended college himself.

After almost two decades in the clothing business, he cofounded Great American Cookies in Atlanta in 1977 and grew it into the largest cookie store franchise in the United States.

Coles’ story of personal perseverance is as impressive as his business acumen. Following a near-fatal motorcycle accident six weeks after founding the cookie company, he recovered through a self-designed rehabilitation program and went on to set world records in three coast-to-coast bicycle races. Coles’ commitment to community service led him to run for the House of Representatives against Newt Gingrich in 1996 and for the U.S. Senate against Paul Coverdell in 1998, the same year he sold Great American Cookies. For the next four years he chaired the Georgia Film Commission and served on the University System of Georgia’s Board of Regents, the Kennesaw State University Foundation board, and the Walker School board.

In 2003 he took the helm at Caribou Coffee, where he more than doubled the size of the company, opened a commercial sales division and an international market, and took the company public on Nasdaq under the symbol CBOU in 2005. Today, he serves as chairman of Brand Holding Company and BrandBank and actively lectures about business, giving more than seventy-five talks a year at universities and corporate events nationwide.

“The Memo: Five Rules for Your Economic Liberation” John Hope Bryant is the founder, chairman and chief executive officer of Operation HOPE. He has created and leads more than 35 companies and organizations. Among these companies and his non-profit and philanthropic efforts through his Operation HOPE companies, Bryant’s accomplishments in economics and business have been recognized by five U.S. presidents. Bryant is a bestselling author of “The Memo: Five Rules for Your Economic Liberation, How the Poor Can Save Capitalism: Rebuilding the Path to the Middle Class” and “Love Leadership: The New Way to Lead in a Fear-Based World.” It’s no surprise Bryant has been named among Inc. magazine’s “World’s 10 Top CEOs” in 2017, American Banker magazine’s “Innovator of the Year” in 2016 and Time magazine’s “50 Leaders for the Future” in 1994. Kevin D. Johnson, president of Johnson Media Inc. and a serial entrepreneur, has several years of experience leading his marketing and communications company that serves many Fortune 100 businesses. Johnson Media Inc. has worked with brands such as Porsche, Chase, Coca-Cola, Brooks Brothers and Microsoft. As an innovative leader, Johnson has appeared on CNN, ABC’s Good Morning America, CBS, Oprah Radio and in Forbes, The New York Times, FastCompany and The Wall Street Journal. He is author of the bestselling book, “The Entrepreneur Mind: 100 Essential Beliefs, Characteristics and Habits of Elite Entrepreneurs”, which continues to be number one on Amazon in various categories since its publication in 2013. Johnson holds a bachelor of arts degree in spanish from Morehouse College. Dr. William F. Pickard is chairman of Global Automotive Alliance, co-managing partner of MGM Grand Detroit Casino, chief executive officer of Bearwood Management Company and co-owner of five black-owned newspapers. Pickard has more than 45 years as an entrepreneur. He is also creating a new generation of entrepreneurs with Millionaire Moves – Seven Proven Principles of Entrepreneurship: vision/attitude, opportunity, relationships, talent/skillset, financial, failure and faith. He believes with his undeniable principles, anyone can become a successful entrepreneur. Pickard holds a bachelor’s degree from Western Michigan University, a master’s degree from the University of Michigan and a Ph.D. from Ohio State University.