“If the idea won’t leave you alone, don’t leave it alone.” – Roxanne Russell

Less than 10 percent of US patent holders are women, according to a study conducted by Nature Research.

For Roxanne Russell (Ph.D. ’11), obtaining a patent was a priority to protect her intellectual property within the highly competitive ed-tech industry – not to mention that it runs in her family – her grandfather and her father were both patent holders.

Her journey began when applying for ReadAhead’s first provisional patent. Russell filed for her official patent in and received a few years later, describing it as a “shockingly slow” process.

“What makes ReadAhead so special is that you can plug in any digital content, any digital texts, and turn it into a reading activity in seconds,” said Russell.

While attending Georgia State to earn her doctorate in Instructional Technology and Design, Russell began experimenting with online learning technologies for reading.

“I started working on this ReadAhead project in 2013, and I was trying to apply for a grant to help me fund the development of ReadAhead. One of the requirements for the grant was that you have a small business,” continued Russell, “So I started one just for the purpose of building ReadAhead, and that business has grown into an amazing opportunity that my husband and I run.”

Her seasoned career as an educator includes instructing at universities such as Auburn, Michigan State, and even neighboring Emory University to launch the first fully online doctoral program on Emory’s campus.

Russell currently serves as the Director of Online Education at Columbia University’s Mailman School of Public Health. This experience combined with her husband’s background in software development proved to make the perfect team.

“We started that business just for the purpose of applying for that grant and then ended up actually turning it into a business,” said Russell.

ReadAhead’s clients include institutions throughout the country such as Emory, University of Virginia and Colorado Community College. The platform also provides solutions for primary and secondary schools in Hall County and a school district in South Carolina. Their new business plan includes a direct sales campaign to parents for annual subscriptions as well.

“Every time a teacher or student interacts with a text, they basically are training our smart skimmer,” referring to ReadAhead’s AI-enabled technology. Russell elaborates, “It’s a much more democratic approach to how things are read and understood that everybody’s voice is valued. It’s like crowdsourced assessment methods rather than centralized.”

With their patented technology, ReadAhead can better detect when students experience difficulty when reading. Russell emphasized that this could change curriculum in a way to better meet the needs of students.

As the CEO and primary owner, Russell wants to add more parent involvement into the platform and reading experience while growing ReadAhead’s user base across the nation.

To learn more about ReadAhead and their parent company, Full Tilt Ahead LLC, visit website. 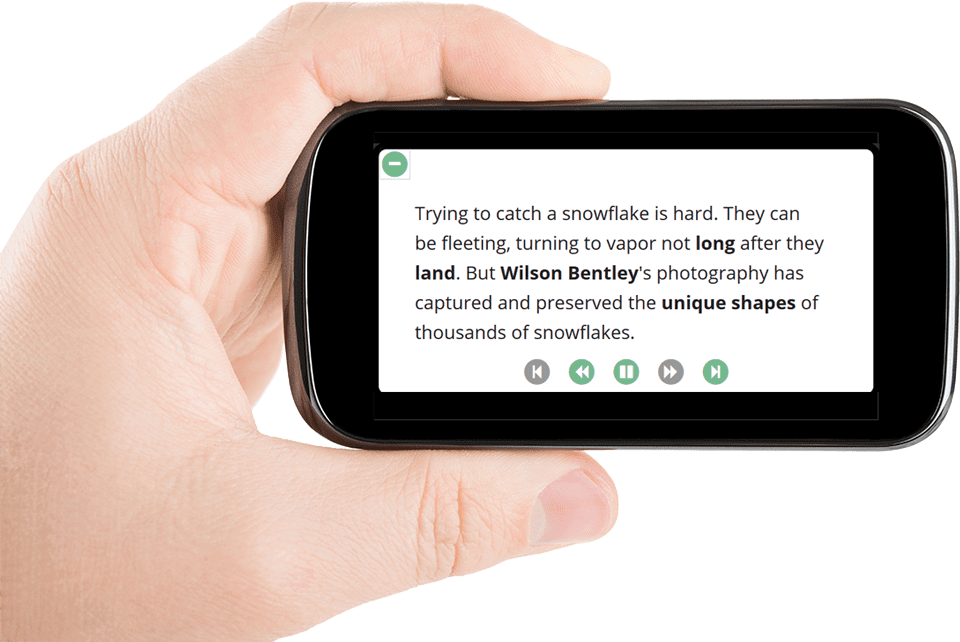