Healthtech Catalyst at Atlanta Technology Development Center (ATDC), Kirk Barnes, visited the Collegiate Entrepreneurs’ Organization (CEO) to speak the group about his “non-traditional” path into entrepreneurship and to remind students that there isn’t just one way to entrepreneurial success.

Barnes began his career in retail sales hoping to one day have a career in fashion, but post graduation from Florida A&M University Barnes decided to follow financial security and enter the world of pharmaceutical sales. Barnes believes “Your willingness and ability to move to all different places, will open a lot of doors for you, especially when you first leave school.” It’s hard to argue with that logic, considering all of Barnes’ prior work experiences which have now brought him to the med-tech vertical at ATDC.

While Barnes shared a myriad of tips for success, his main point was the importance of people skills. Barnes stated, “People skills are influential, people think their start-up is just about the idea; but it is really about the people. You will need to hire people, get money from people, deal with customers, and learn to manage people.” When asked “What skills should you keep working on no matter how successful you become?” Barnes replied, “People skills, if there is a skill that constantly needs to be refined, it is your interpersonal skills. And this is for every career or environment you will enter.” The reason Barnes places an emphasis in one’s interpersonal skills is because in his experience, “the people that are most successful are the people that can clearly articulate the message they are trying to convey to other.” Barnes also suggests, that young entrepreneurs humble themselves to truly find their strengths and weakness, and to surround themselves with like minded or motivating people.

The next CEO event will be Nov. 16th. The CEO team will be touring ATDC to get a first-hand look into a technology incubator.

CEO’s mission is to inform, support and inspire college students to be entrepreneurial and seek opportunity through enterprise creation.

The Advanced Technology Development Center (ATDC) at Georgia Tech is Georgia’s technology incubator. Founded in 1980, ATDC has developed a global reputation for fostering technological entrepreneurship. Forbes named ATDC to its list of “Incubators Changing the World” in 2010 and 2013, alongside Y Combinator and the Palo Alto Research Center. 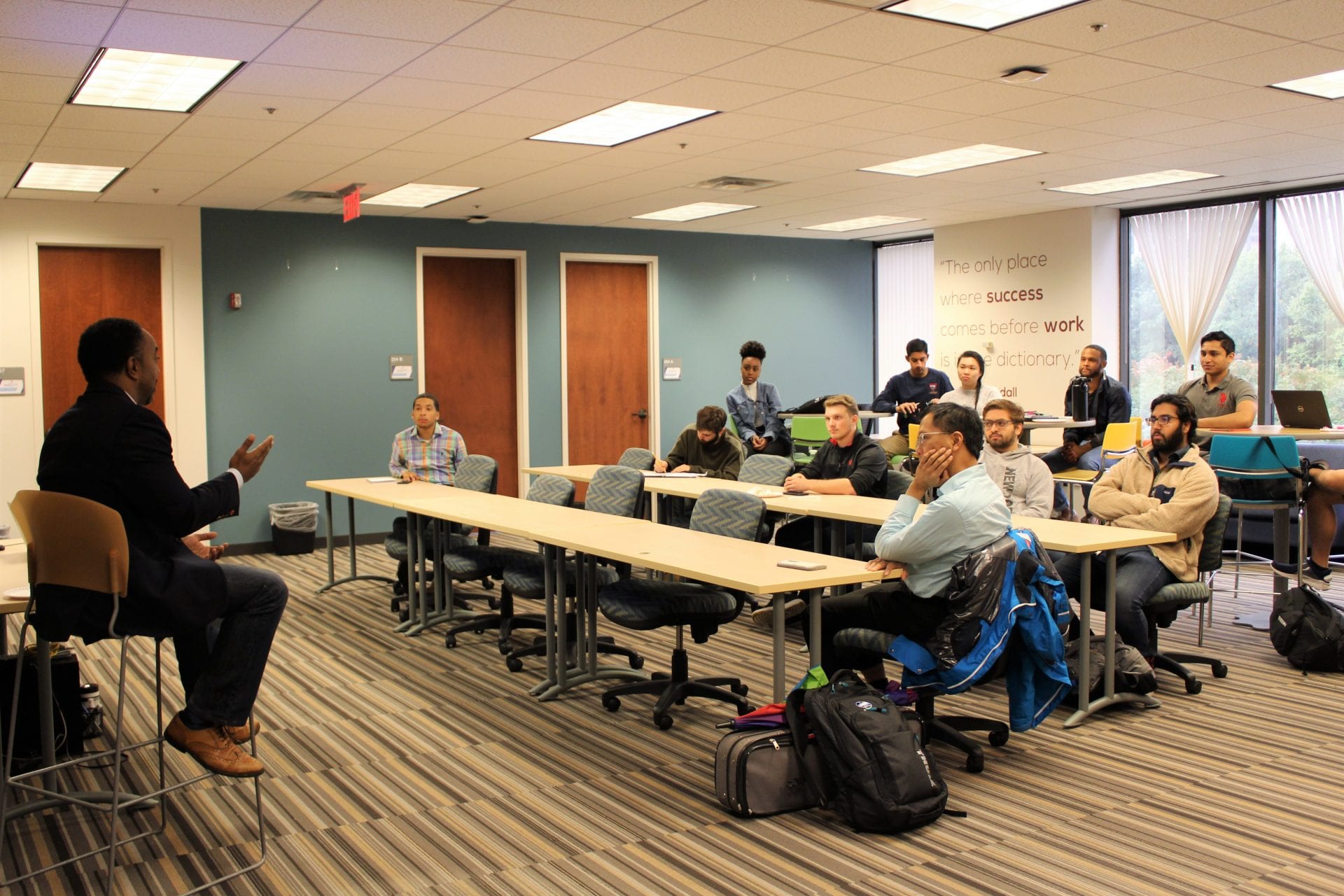 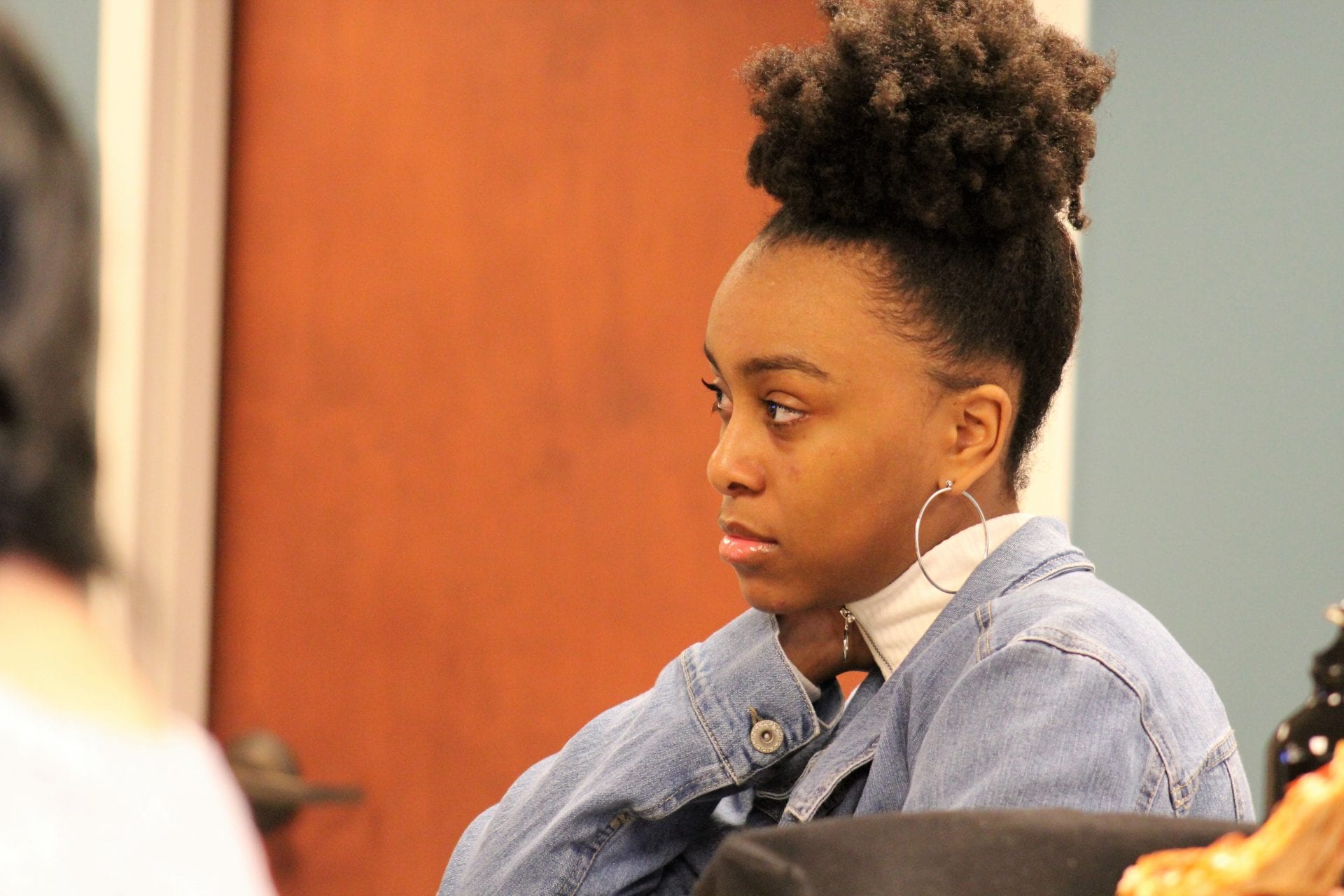 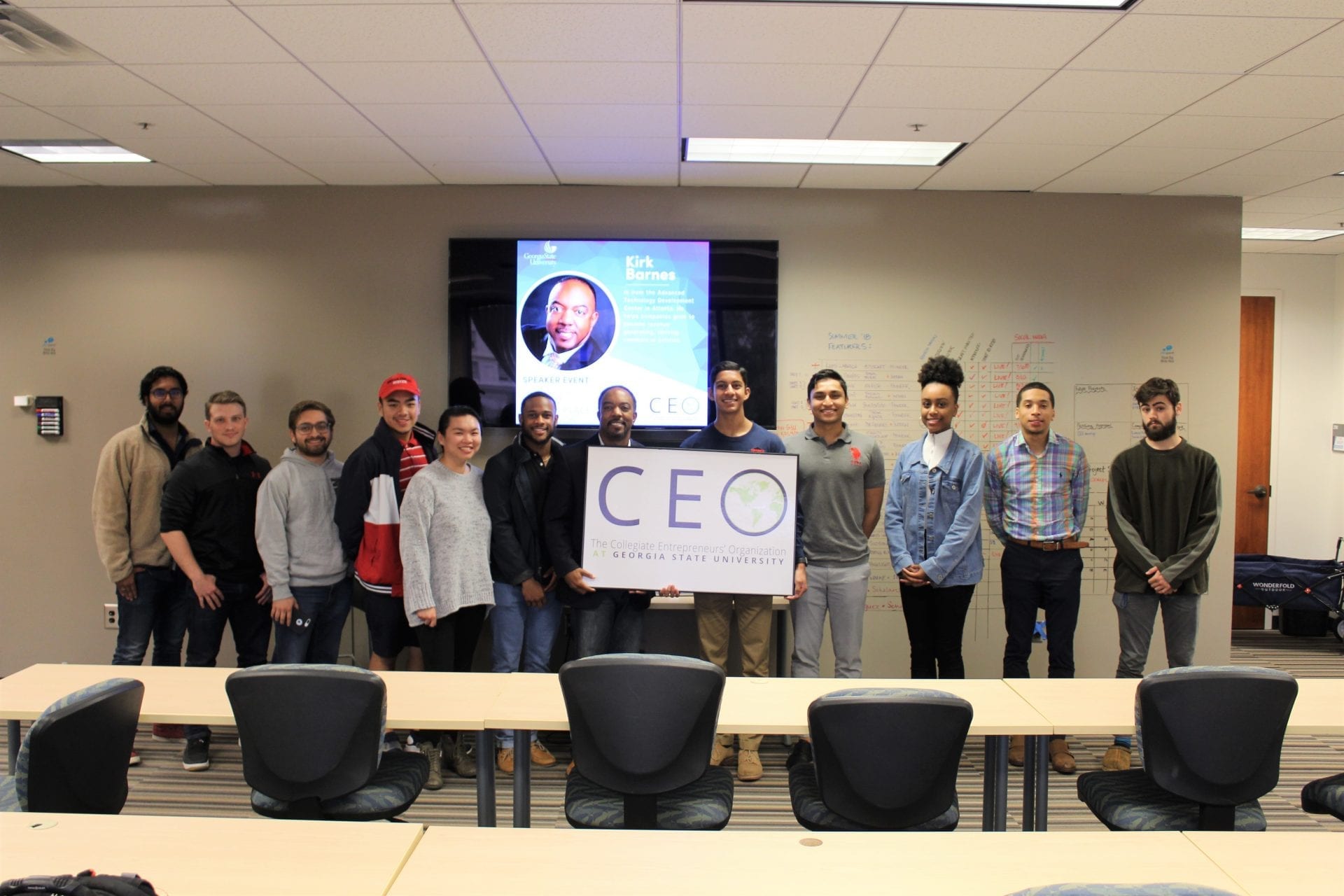 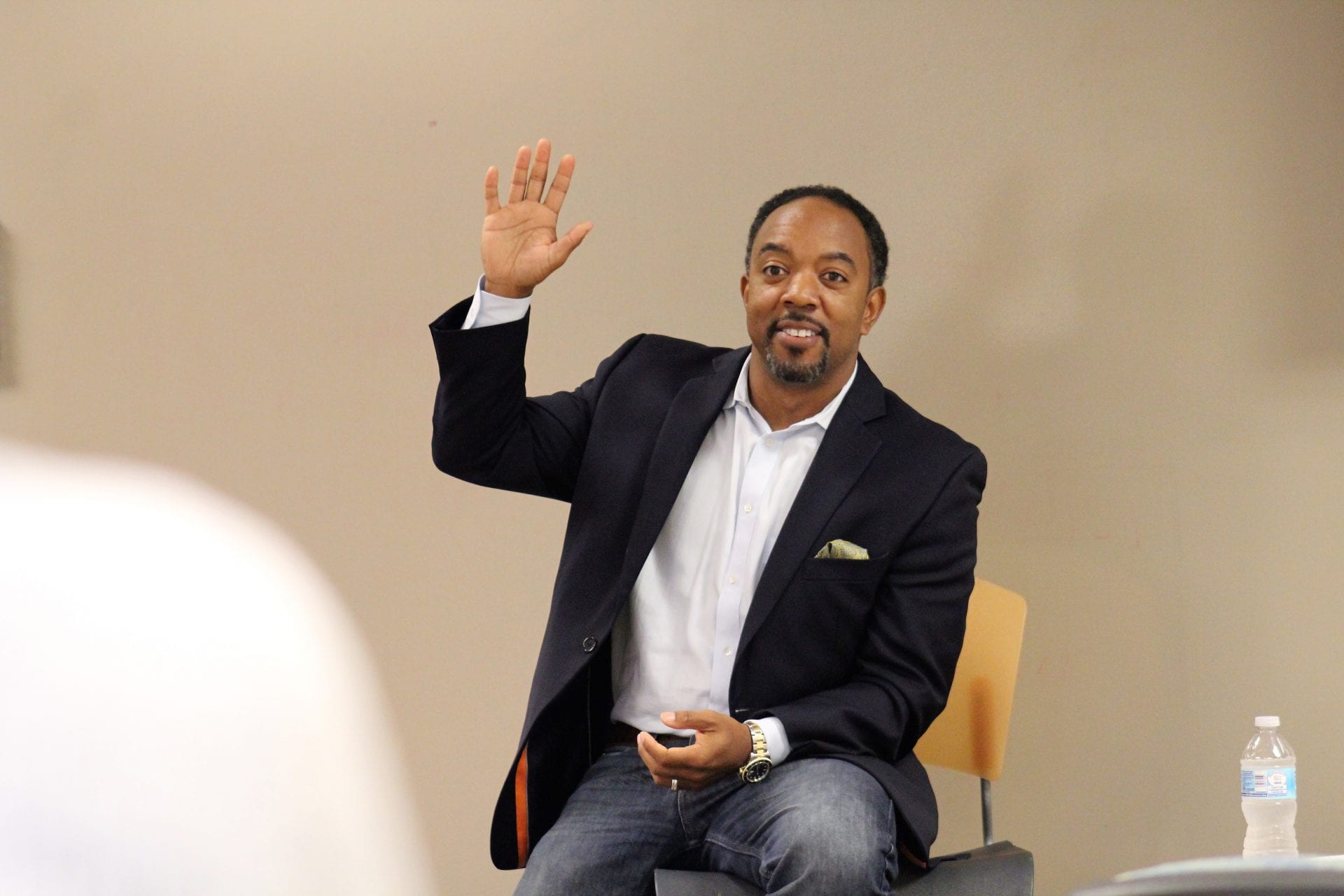 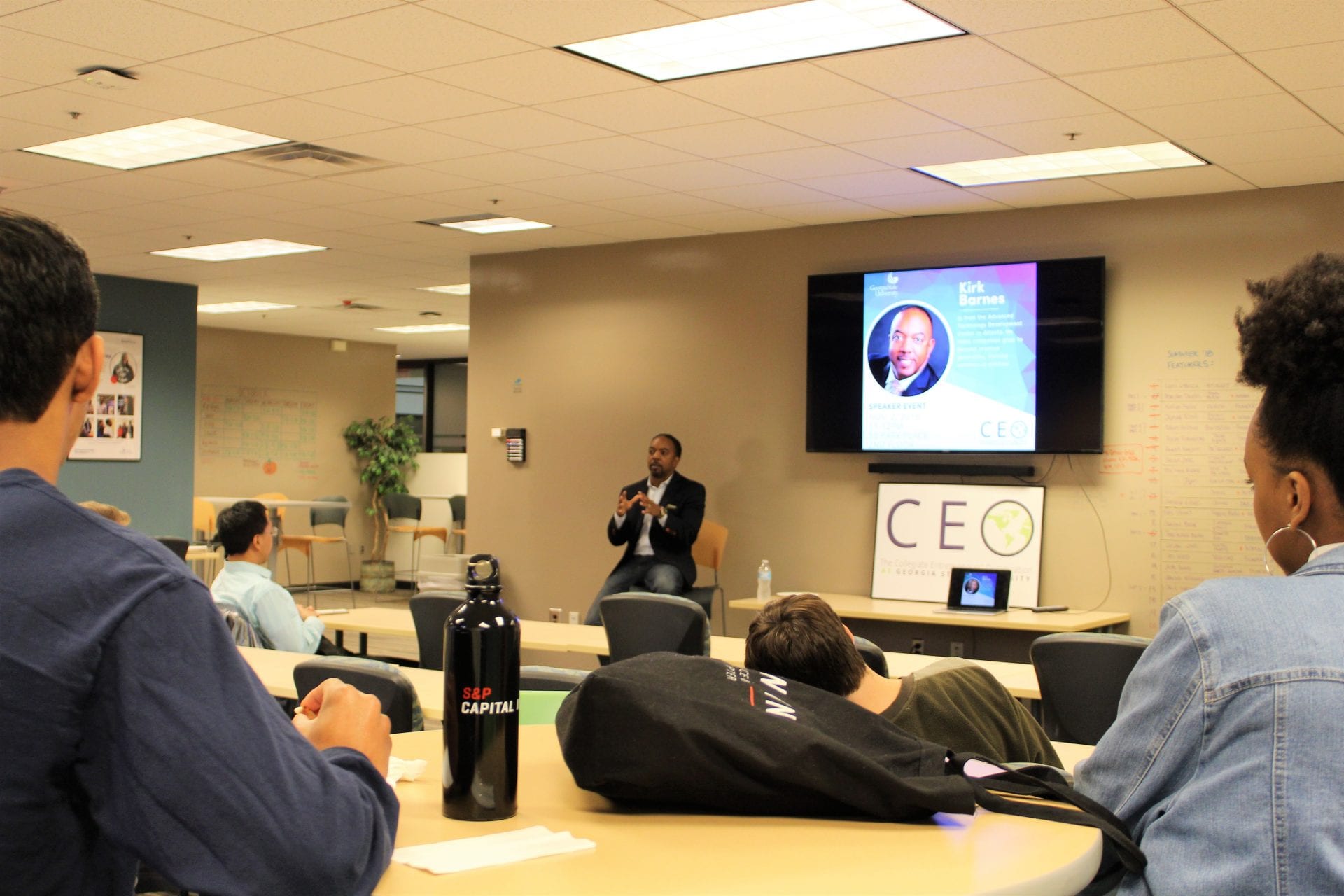 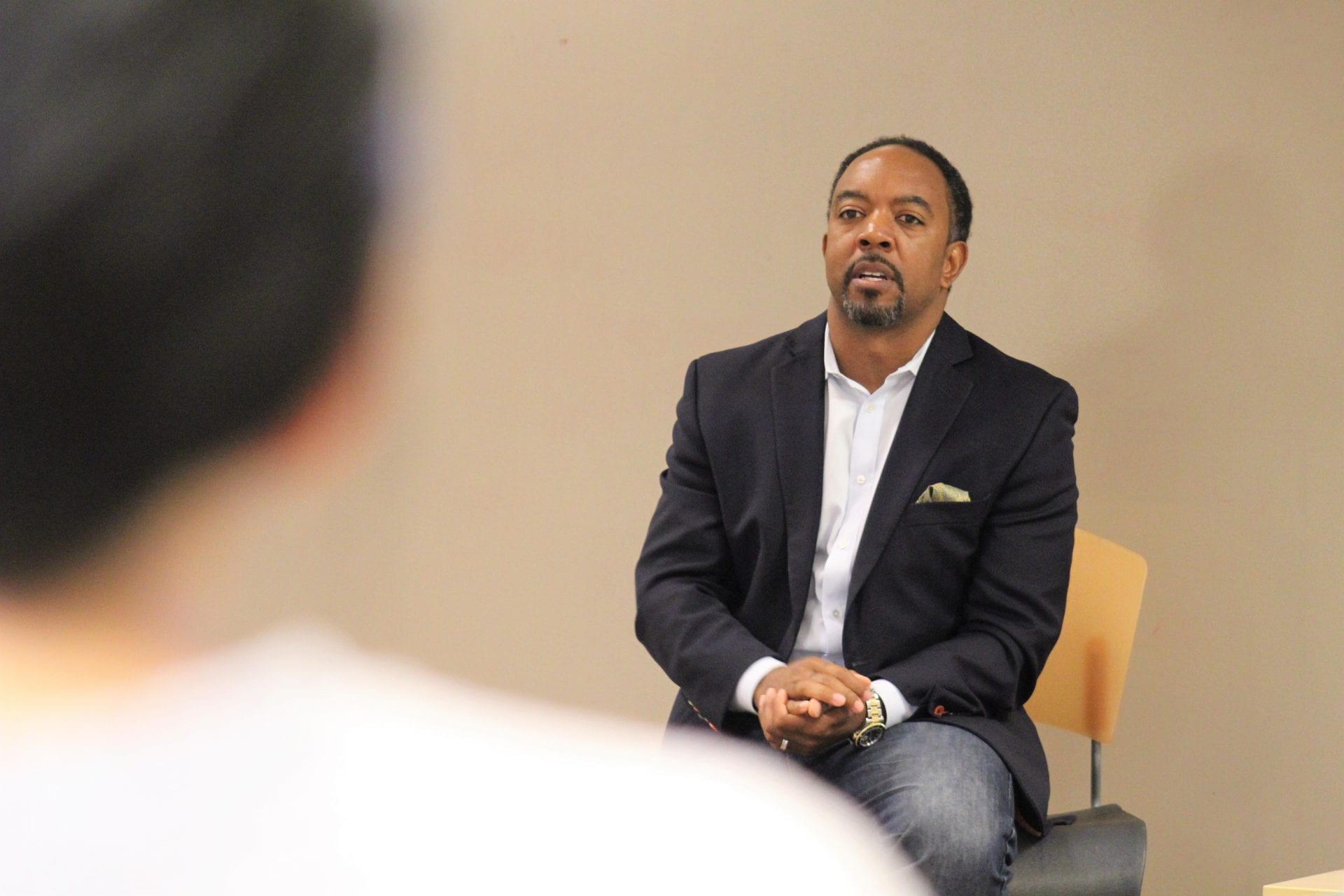