On Thursday, September 27, James “Jay” Bailey visited Georgia State’s campus to speak with students, faculty and community members about finding success as an entrepreneur. Bailey was recently named the President and CEO of the Russell Center for Innovation & Entrepreneurship founded by the H. J. Russell Company based in Atlanta, Ga.

Jay Bailey’s journey is full of humor and humility with hints of nostalgia and an understanding of what needs to be done in the Atlanta economic community. Offering a glimpse of his childhood, Bailey shared his experiences growing up in Decatur, GA. “I used to steal my mom’s car at age 14 to drive around Buckhead neighborhoods and look at the huge homes because I didn’t think it was possible.” said Bailey, never imagining such a destiny being feasible, especially for a young black boy from East Atlanta.

He vividly recalled his first encounter with a successful entrepreneur, a barbershop owner on Candler Road. Questioning the entrepreneur about how he ‘really’ made his money, he was rebuffed when the barber told him that the shop was one of many locations that he owned.  “No one taught me about ownership.” explained Bailey, reemphasizing the importance of positive influences to teach responsibility and pride in ownership to youth.

“If we put the same amount of effort into finding the next H.J. Russell as we did the next Lebron James, we could move the economic needle,” said Bailey. This reiterated the idea of ownership as an opportunity for positive change, asking “What are we celebrating if we really aren’t moving forward?” to focus on the importance of finding sustainable and revolutionary role models for the youth outside of entertainment and athletics.

By age 18, Bailey lost his mother, the first philanthropist he ever knew without even knowing what the word meant. She was an avid supporter of marginalized youth, taking them into her home and giving them the gifts of acknowledgement and identity.  His mother’s selfless acts brought Bailey to the realization of the strong fear of abandonment  that occurs in minority youth who are lost in a system or society and to himself when he lost his grandparents. “When you have nothing, you try to cling to something.”

Jay Bailey attended the University of Georgia, graduating with a focus in Speech Communications and Business.  His life lessons and story continued to unfold as he became a 26 year-old millionaire from his banking and real estate ventures to living out of a 9-by-9-foot storage facility with no money to his name during the real estate crash of the early 2000’s. “Good leaders come from loss,” said Bailey. He learned from his hardships, ultimately serving as the Southeast CEO of Operation HOPE and now as the current President and CEO of the Russell Center for Innovation & Entrepreneurship. Bailey is all about building models for sustainable growth.

Fate? Destiny?  Jay Bailey may believe in both. His first gift from his wife was H.J. Russell Sr.’s book Building Atlanta: How I Broke Through Segregation to Launch a Business Empire. Bailey recognized H.J. Russell, Sr. as a role model who overcame poverty and a speech impediment among other adversities. He saw an exalted reflection of his own life of hardships, perseverance, drive to make a difference in the community, and an opportunity to add his actions and voice to Russell’s endeavor. Consider it kismet, that he saw the position, as he was filtering out job offers that continue to come his way while he made a promise to his wife that he would not take “just” another job. Thinking back fondly on the memory Bailey stated, “Very few opportunities come around with the ability to do something that will outlast you and change the course of history.”

Currently, Bailey is piloting the development of the new Russell Center for Innovation & Entrepreneurship. The second largest building on Northside Drive, the 50,000 square foot building will be a beacon for business development and economic growth for underprivileged communities. Jay Bailey calls it the “BIG I.D.E.A., an epicenter to Inspire, Develop, Educate, and Accelerate entrepreneurial thinkers and businesspersons where it will serve as an economic mobility engine for the community.” 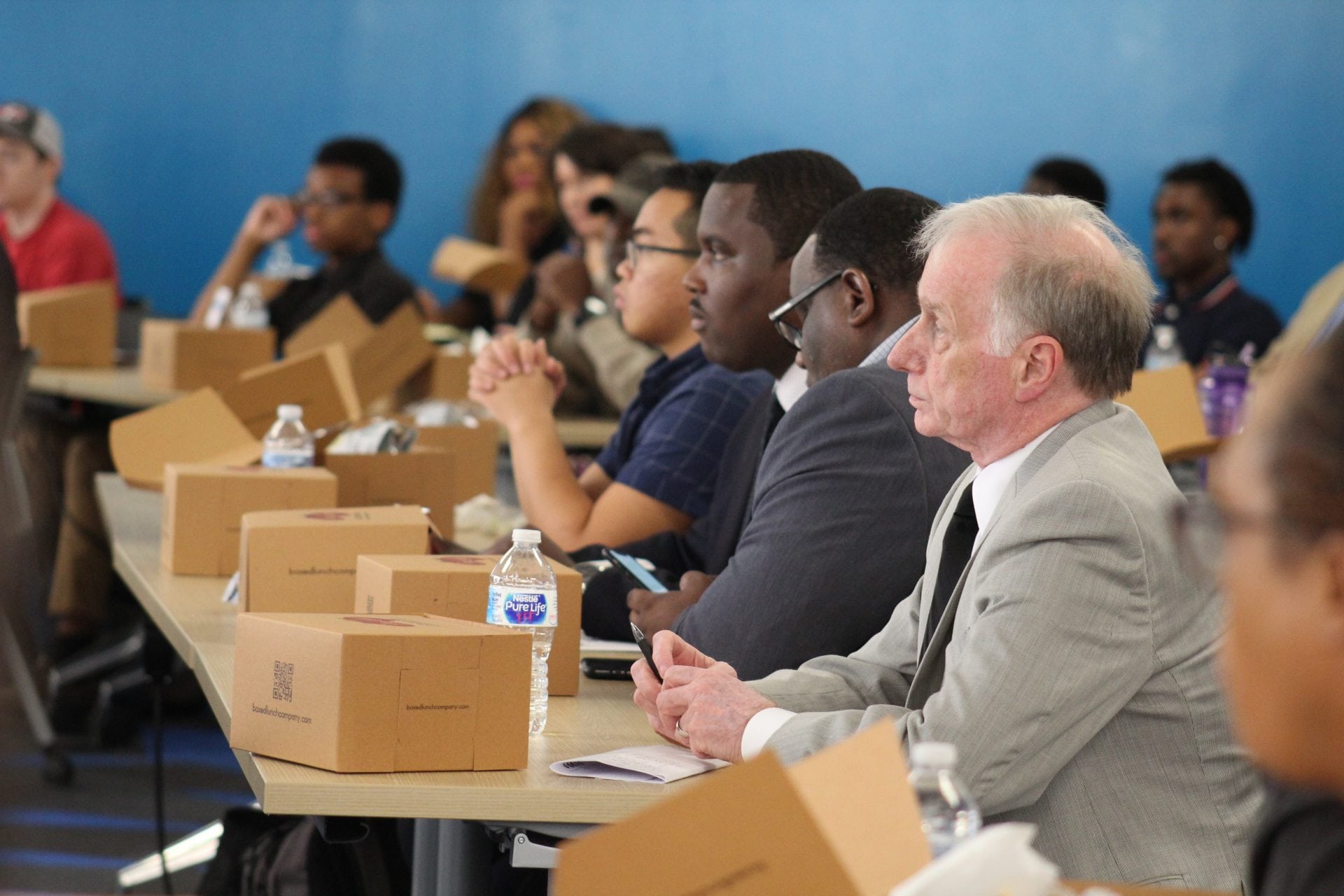 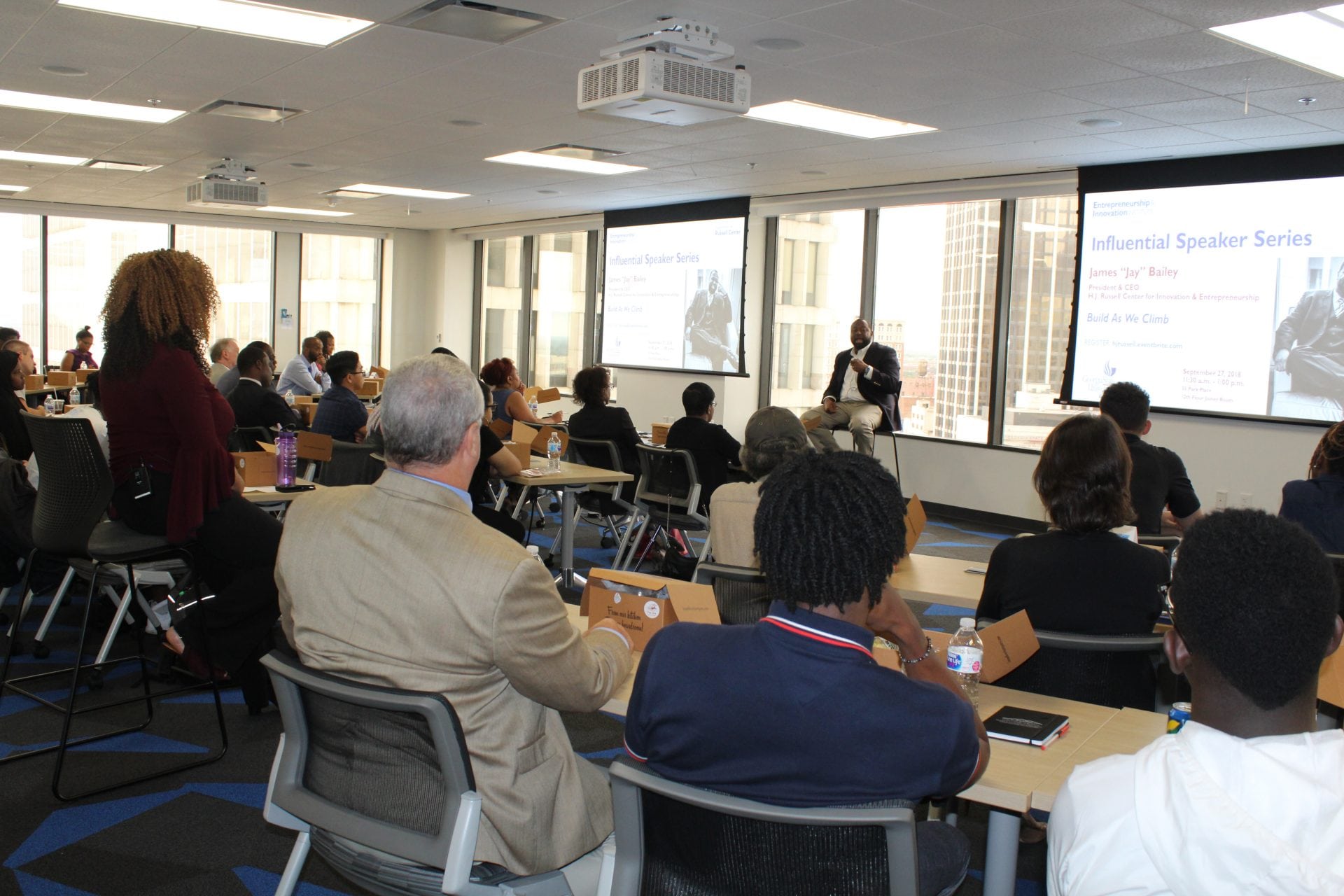 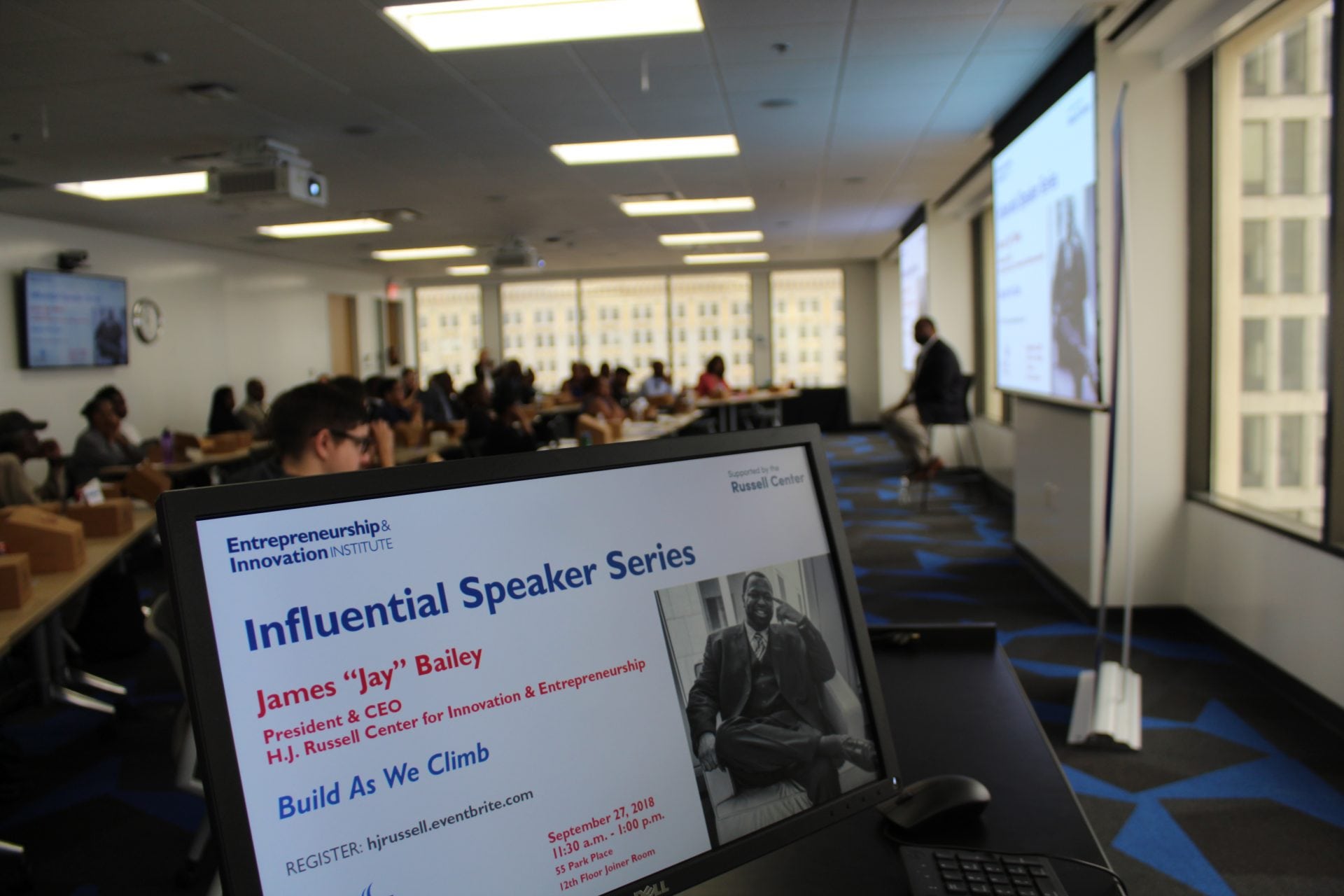 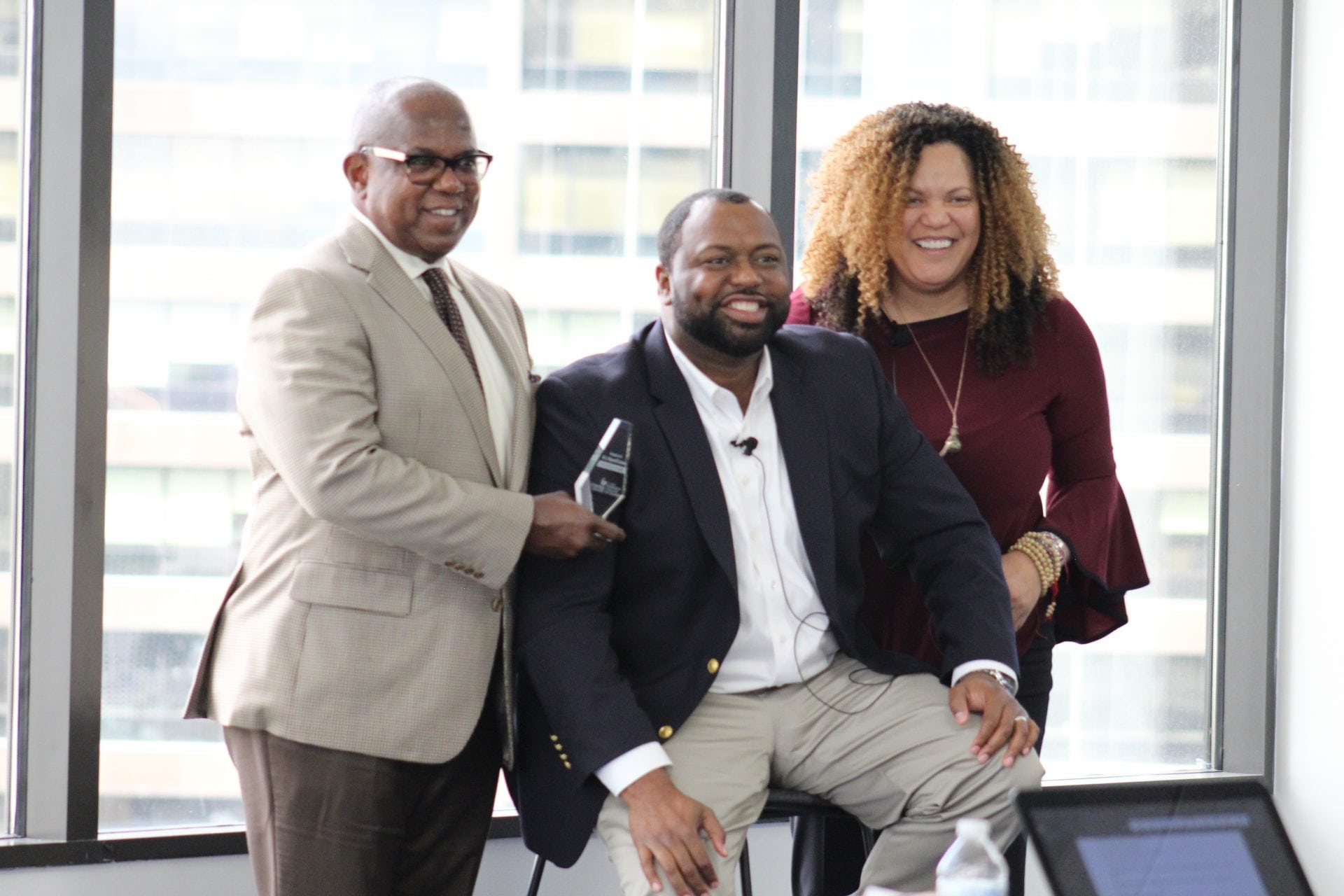 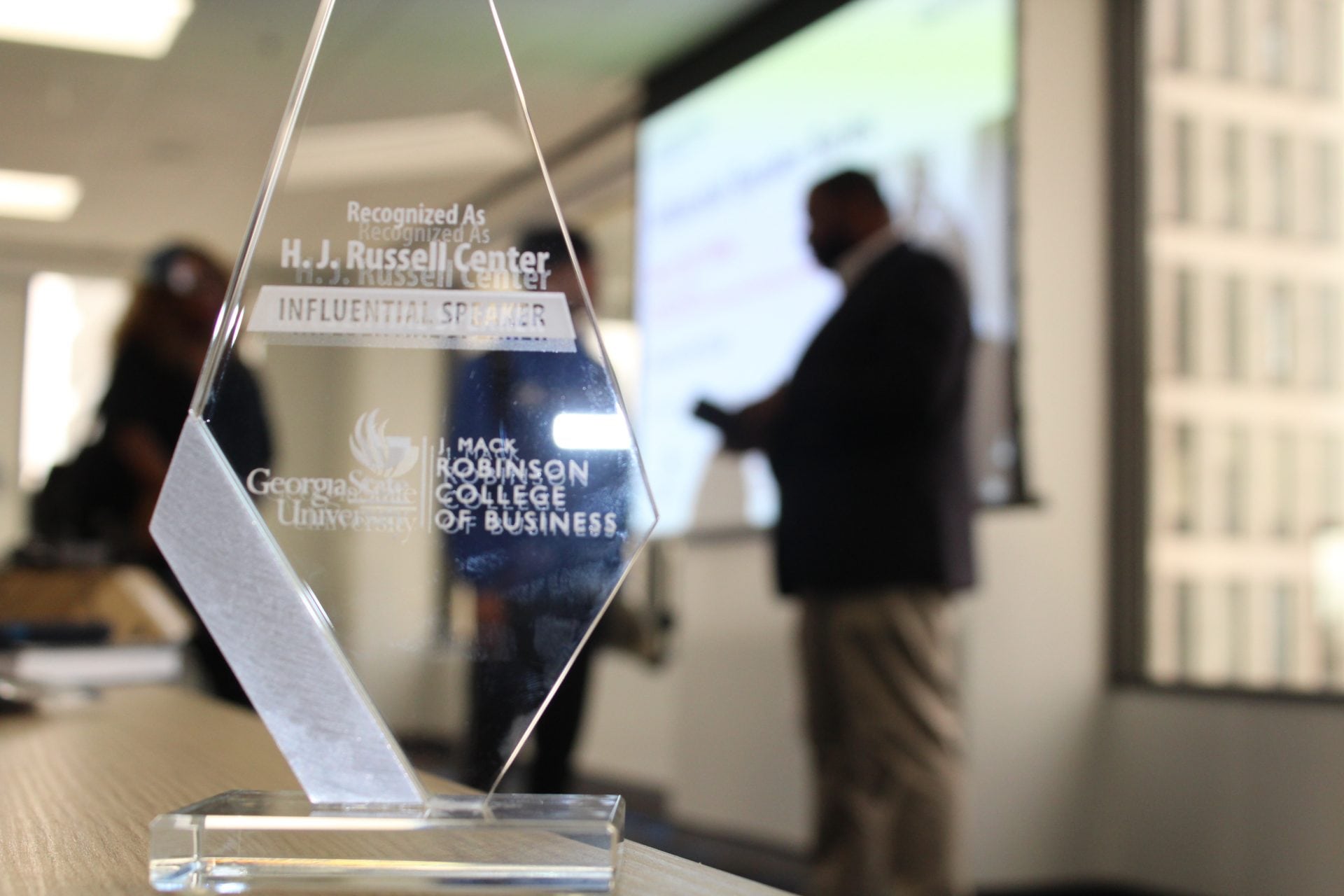 Meet Building As We Climb With James “Jay” Bailey