The Georgia State Entrepreneurship and Innovation Institute (ENI), WomenLead Program and Honors College collaborated once again for this semester’s installment of “Women In Entrepreneurship,” an event featuring an accomplished panel of female founders.

Sandra Barnhill, founder and chief executive of Foreverfamily; Brooke Beach, founder and CEO of Marketwake; Kathy Davis, founder of Abbey of the Holy Goats Brewery; and Kim Seals, Managing Director of Golden Seeds, offered valuable industry insight to students. Diving immediately into the conversation, the panelists offered their experiences as women in the business and nonprofit sector.

When asked about perception, the panel warned to be prepared to lose friendships in order to succeed. As Beach stated, “No matter what direction you choose, someone will say you’re going the wrong way.” Seals suggested avoiding “yes” people, filtering the noise and gaining a better understanding of your core values.

“The ‘no’ builds character,” Seals later added. Davis admitted that she had actually pitched her business to Golden Seeds and experienced the “no” firsthand, where Golden Seeds invests in only 4 percent of the companies that pitch before them. Despite placing second in Georgia State’s Business Model Competition during her time here as a student, Davis said that she had quickly realized the difference between writing a business plan versus executing it.

Beach warned that “There is bad money to be had … You have to be careful to whom you’re marrying in the business world,” emphasizing the importance of being selective with investors. The panel shared that female entrepreneurs are more likely to bootstrap their business for a longer period of time, where Seals noted that “Women are over-mentored and under-sponsored.” Despite these challenges, all the panelists agreed that the struggle was worth the success, where Barnhill shared that, “I’m a part of making real change.”

Each panelist then led breakout sessions where students had the opportunity to join the discussion and ask questions.

With her passion for politics, diversity and inclusion, Barnhill shared her experiences of being a lawyer creating her own nonprofit. Her session, “Black and Female Matters: Strategies for Social Entrepreneurship”, discussed being a woman and a person of color. She has used her nonprofit ForeverFamily as a platform for positive change devoted to helping children and teens in foster care find permanent, loving homes. She emphasized not to “suffer in silence,” inspiring the audience to challenge those stereotypes and overcome those obstacles.

In the breakout session titled, “Value in Negotiation”, Beach shared the inspiration behind Marketwake. She was sitting on a dock one day and noticed that of all the boats, the smallest fisher boat was actually the one that left the biggest wake. She applied this idea to become a “small boat with a big wake” within the marketing industry. In her breakout session, she explained that self-doubt is the single largest inhibitor to women, where men usually apply to a new position if they meet 55 to 60 percent of the qualifications versus women that meet 95 percent of the criteria. Throughout the session, she focused on being confident when applying for competitive positions and negotiating for higher salaries.

After sharing her background of wanting to become a nun to creating her own goat farm, it should be no wonder that Davis offered a unique perspective to students. Her session, “Breaking the Bro Code,” focused on the challenges that women encounter within the workplace. With Abbey of the Holy Goats being the first woman-owned brewery in Georgia, Davis spoke on how the challenge was her favorite part of being a female entrepreneur.

In “What Investors Look For”, Seals differentiated angel investing from venture capital, where Golden Seeds invests on average $250,000 in early-stage companies with a total addressable market of 5 million to 1 billion. Six key factors that Seals identified when investing include: quality of the founder, market opportunity to scale, clearly thought-out business plan, interesting technology or intellectual property, appropriate valuation with terms, and viability of raising additional rounds of financing. Her passion to supporting women-lead businesses continues to drive Golden Seed’s investments.

Interested in learning more about our female entrepreneurs? Stay tuned for future collaborations with WomenLead, Honors, and ENI! 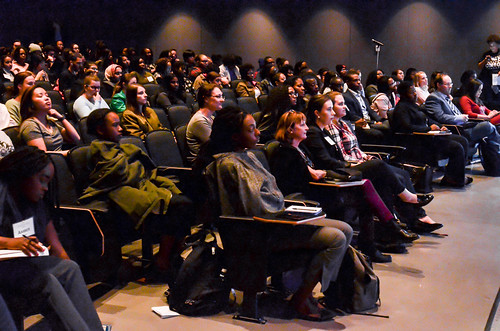 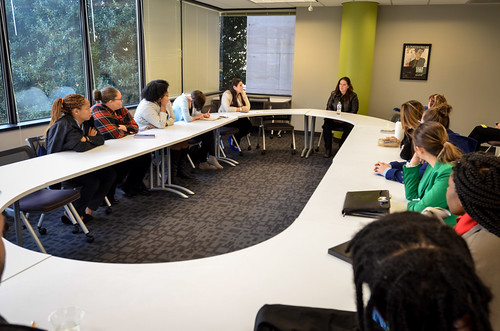